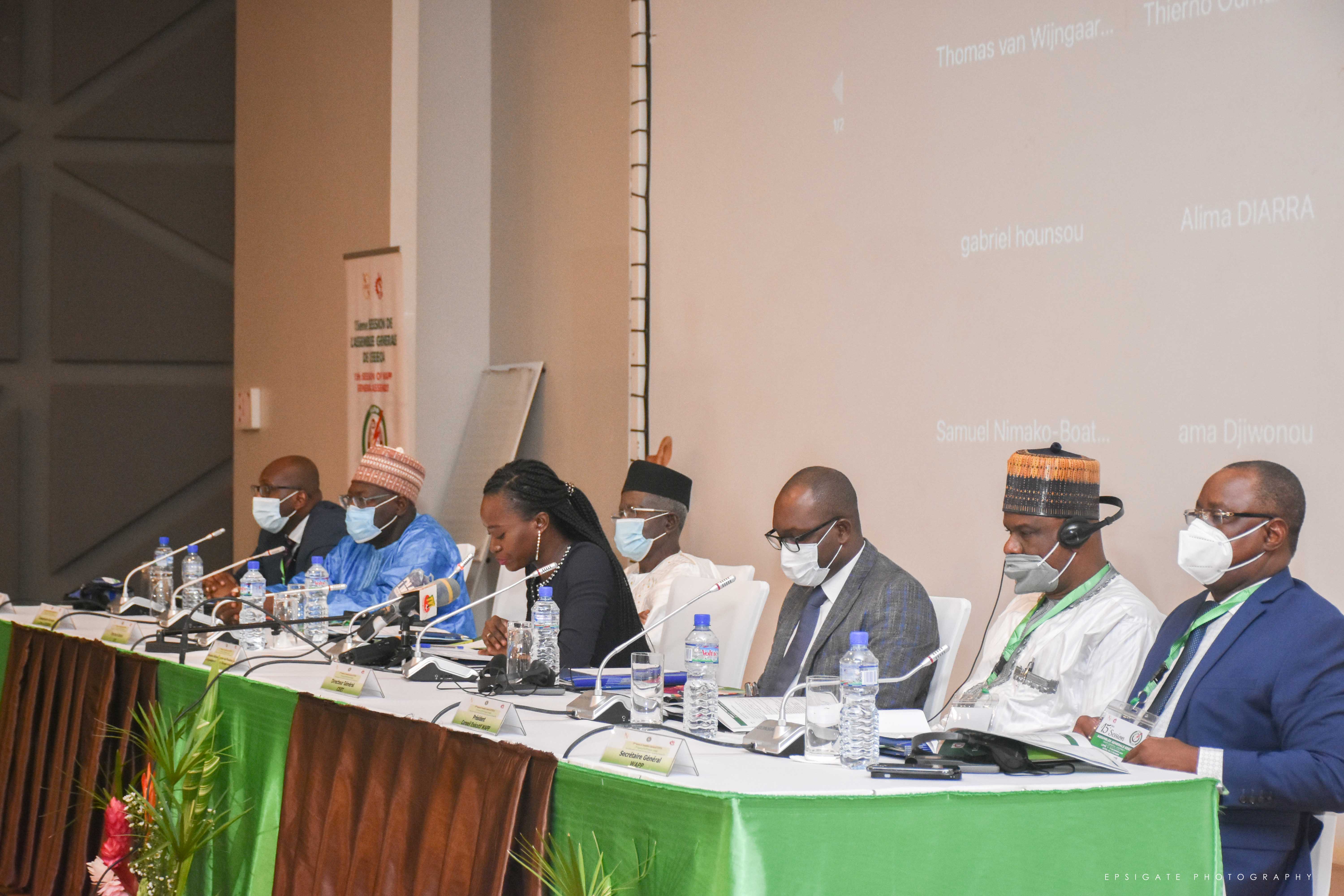 The West African Power Pool (WAPP) held the 15th Session of the WAPP General Assembly themed “Building resilience against the effects of COVID-19, while advancing the realization of the ECOWAS Regional Electricity Market”, on the 11th of November, 2020, in Lome, Republic of Togo.

Coincidentally, WAPP was established exactly 21 years ago, on the 10th of December, 1999, during the 22nd Session of the Conference of ECOWAS Heads of States and Government held in Lome, Republic of Togo.

Declaring the programme open, The President of the Republic of Togo, His Excellency, Faure Essozimna Gnassingbe, represented by the Minister in charge of Energy and Mines, Mme Mawunyo M. Aziable, said, “the West African Power Pool, has come of age, and it is proper to take stock of the activities carried so far in pursuing the goal of sub-regional energy integration, largely made possible with the assistance of technical and financial partners. 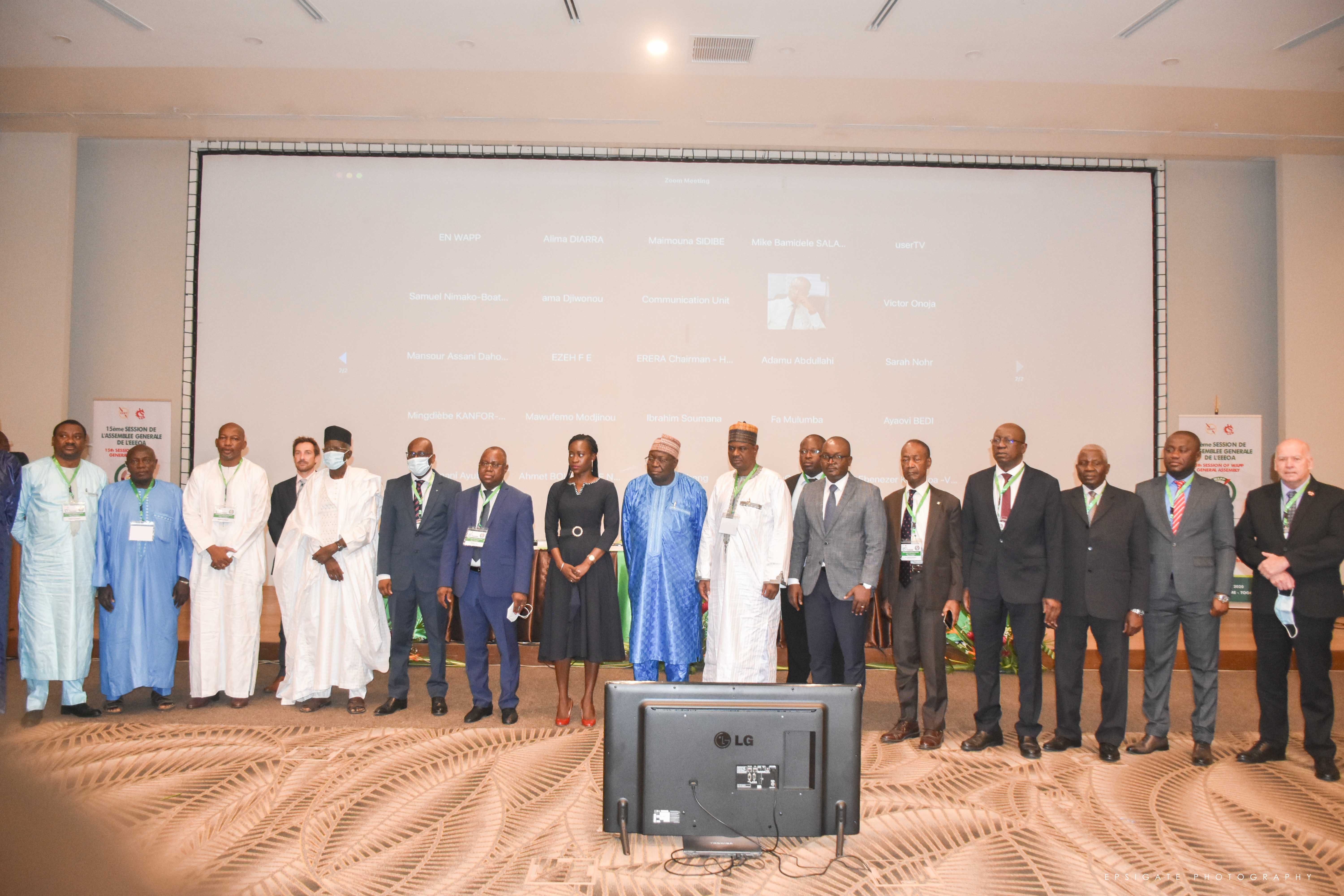 The Minister commended WAPP member utilities, technical and financial partners as well as the Economic Community of West African States (ECOWAS), headed by its President Jean Claude Kassi BROU, for their persistence in establishing the regional electricity market. She equally praised efforts made by all other regional authorities and entities who have continued to work tirelessly and together despite challenges, to ensure that the regional market is properly entrenched.”

Addressing the Assembly, the Commissioner of Energy and Mines of ECOWAS, Mr. Sediko Douka said that WAPP has done well in projects execution and has validated the very essence of its creation by ECOWAS. He noted that though the road to achieving this has been long strewn with obstacles, the Pool has displayed will and courage over the years which has engendered progress.

He said that fourteen years after its establishment, WAPP Member Utilities have continued to honor their commitments, and commended their effort at fulfilling the goal of the founding fathers of ECOWAS regional integration. He called on ECOWAS technical and financial partners to continue to support the Pool while urging Utility stakeholders to work towards ensuring financial independence for WAPP.

Also addressing the Assembly, the WAPP Chairman and Ag. MD/CEO, TCN, Engr. Sule Ahmed Abdulaziz, said that the COVID-19 pandemic effected pace of execution of some WAPP projects, such as the civil engineering works for the construction of the WAPP Information and Coordination Centre (ICC). The WAPP interconnection line which will interconnect Nigeria, Niger, Burkina-Faso and Benin has however continued to advance, while the Median Backbone project which would link Nigeria, Benin, Togo, Ghana and Côte d'Ivoire has been initiated and is progressing gradually.

Engr. Abdulaziz revealed WAPP's plans to invest massively in renewable energy over the medium term to reduce marginal costs for the whole region, in line with ECOWAS revised Masterplan on transmission and generation. The Pool he said, has already has 150 MW regional solar power plants in Burkina Faso and Mali and studies are ongoing for another one in Gambia.

Earlier in his welcome address, the Secretary General of WAPP, Mr. Siengui A. KI enumerated achievements recorded by WAPP in the last 12 months, noting that WAPP has the ultimate objective of establishing a competitive regional electricity market in the ECOWAS sub-region. In view of this, he said, the institution has made a breakthrough with the finalization of tariff methodology for electricity transmission within ECOWAS countries which is a very important tool for competitive trading of electricity.

WAPP, he noted, has completed study on the WAPP Interconnected Grid Emission Factor, which will allow ECOWAS electricity companies raise funds at the Climate Market level and has also admitted two new Utilities as new members of the Pool; Geregu Power Plant from Nigeria and BUI Electricity.

The West African Power Pool General Assembly is a yearly convergence of all power utilities who are members of the Pool, to take stock of level of activities in line with the goals set for the year, and strategize for the upcoming year. It is a time for reflection and evaluation of work done to achieve set objectives. This year's assembly was organized in a hybrid manner, as most of the member utilities who were unable to attend physically due to the COVID-19 pandemic, participated online.