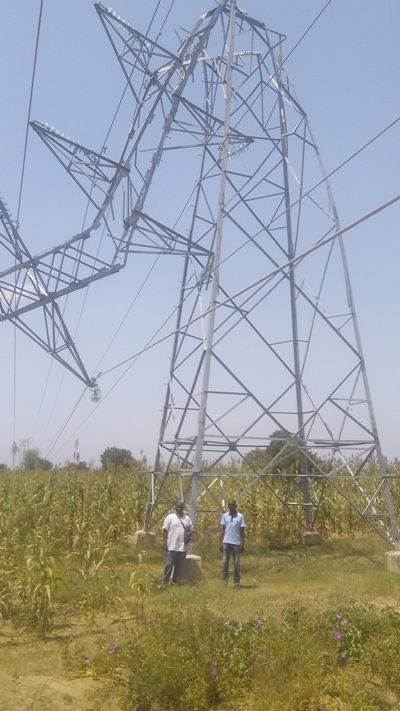 The Transmission Company of Nigeria (TCN) has commended efforts of Katsina State Police Command for arresting four suspects in connection with the vandalism of TCNs’ transmission towers in Ajuwa area of Katsina State. The unfortunate act which resulted in the collapse of Towers 70 and 71 along Katsina – Daura 132kV transmission line, also witnessed extensive tampering of tower members of twenty two other towers along the transmission line route.

The suspects who confessed to vandalizing the towers have been charged to court. Their trial started on Wednesday 24th October 2018.

In a statement signed by the General Manager Public Affairs, Mrs. Ndidi Mbah, TCN lamented that aside the two towers that collapsed completely, two others; Towers 66 and 67 on the same route, were in critical condition due to vandalism and would have to be rehabilitated urgently by the contractor. TCN engineers, who carried out a thorough patrol of the transmission line route after the incidence, noted that the vandals wrecked more havoc on towers around Rimi, Batagarawa and Mani Local Government Areas of the state.

According to the statement, vandalism of transmission towers in this axis had become worrisome and anti-productive as it is working against the companys’ grid expansion programme, noting that TCN spends millions of Naira to replace and restore electricity equipment stolen or destroyed by vandals which should be put into grid expansion. The company therefore appealed for more vigilance and support from security agencies, local vigilante groups and host communities as well as the Katsina State Government to join forces with TCN to protect power installations and tackle vandalism menace in the State.

The company noted that the threat posed by vandalism to its grid expansion programme is real, but that it will continue to strive hard to ensure that it stays on course in achieving its grid expansion plan of 20,000MW wheeling capacity by the year 2021. However it reiterated that the vandals must necessarily be stopped, noting that this fight is a collective responsibility that can only be sustained through committed participation of all stakeholders.

TCN expressed the hope that arrested vandals would be severely punishment to serve as deterrent to anyone who intends to vandalize power installations.