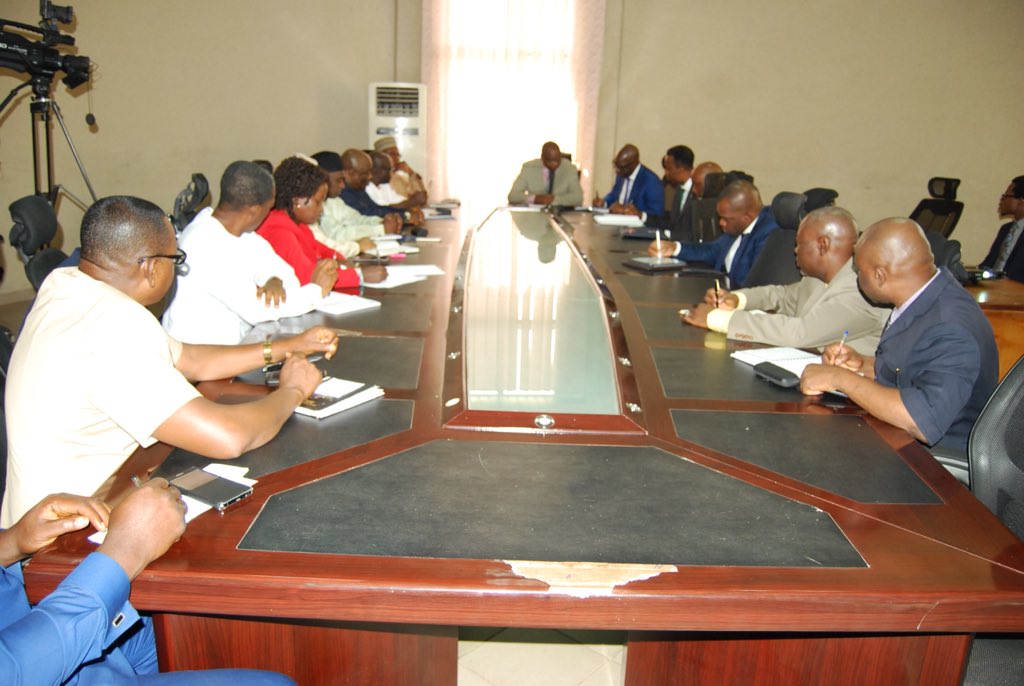 The Edo State government has reiterated its commitment to greater partnership with the Transmission Company of Nigeria (TCN), to further strengthen the grid and ensure the prompt execution of transmission projects within the state for the benefit of the people.

The Edo State Governor, Mr. Godwin Obaseki made this known when he paid a courtesy visit to TCN on Wednesday 14th November 2018, at the company’s corporate headquarters in Abuja. Mr. Obaseki solicited TCN’s support in energizing its Industrial and Export Processing Centre by putting in place a 132kV transmission line to the centre, as this will help create job opportunities in the state. He noted that electricity is one of the key advantages in the state, and his administration was keen to capitalize on such advantages, to expand its availability and use within the state.

According to Governor Obaseki, the state government was also concerned about encroachment on TCN’s Right of way (ROW), as the ROW is now home to some people and businesses and poses danger to his people. He also disclosed that the state government has identified some transmission tower base within the state that needed to be reinforced because they have been eroded by flood, adding that if nothing was done urgently, the impending disaster could become real.

He appealed to TCN management to always notify the state government early whenever they want to build transmission infrastructures that will traverse communities, so the government can go ahead and pre-negotiate on wayleave payments, in order to avoid crises and double payments.

In his address, the Managing Director/CEO of TCN Mr. Usman Gur Mohammed commended Governor Obaseki, for his continuous support for TCN which has helped TCN immensely in effective implementation of projects within the state. He also disclosed that under the Transmission, Rehabilitation and Expansion Programme (TREP), TCN will rehabilitate and upgrade substations in Sapele Road, Benin North and Irrua.

During the meeting Mr. Mohammed gave a brief presentation on the existing, ongoing and planned power transmission projects in the nation, showcasing the significant measurable strides in grid expansion and the need for the electricity distribution companies (DisCos) to invest in their networks in order to provide stable electricity supply to Nigerians.