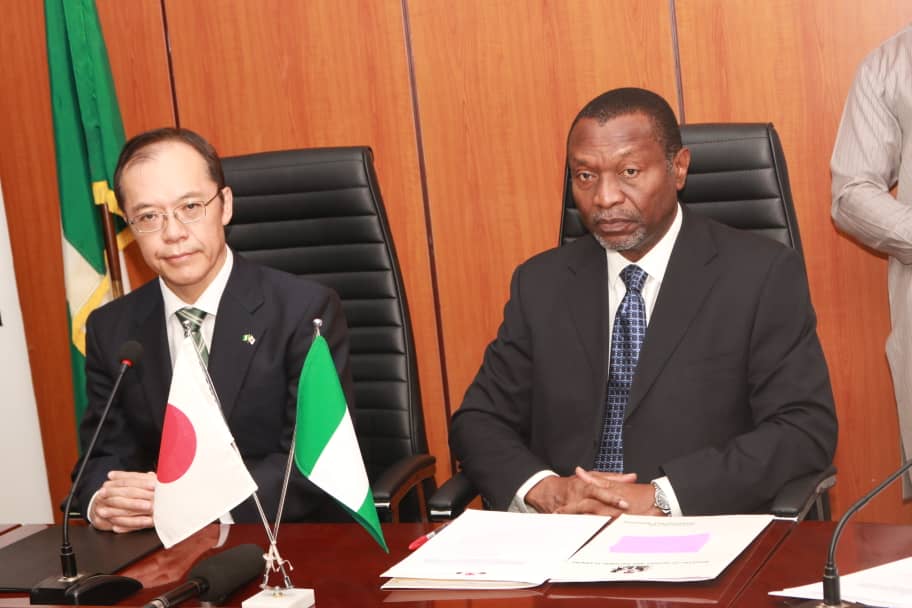 Japan has over the years built and maintained a consistent partnership with Nigeria towards strengthening and improving Nigeria’s electric power infrastructure. Recently she signed a new Grant Aid Agreement for “Emergency Rehabilitation and Reinforcement of Lagos Transmission Substations on Friday 23rd November, 2018 in the office of the Honourable Minister of Budget and National Planning, Senator Udo Udoma. The projects to benefit from this grant aid are Apapa Road and Akangba Transmission Substations, Lagos.

Welcoming the Japanese team, The Minister for Budget and National Planning, Sen. Udo Udoma said that the Japanese government has been very supportive of the nation’s development efforts and that aside the Lagos transmission substations rehabilitation grant aid being signed, Nigeria had signed an exchange of note in 2016, with Japan for emergency improvement of electricity supply facilities in Abuja. That project he said, had been completed and is operational.

The Lagos transmission project Senator Udoma said is important as it would contribute to the nation’s goal of attaining power self-sufficiency, consistent with the economic recovery and growth plan. The government of Japan, he noted played an important role in the design of the master plan study for the National Power System Development in Nigeria, which now serves as a guide to optimal energy needs and efficiency. This study he noted is currently being implemented by the FMPW&H.

While thanking the government of Japan for the project, he reiterated Nigeria’s commitment to working closely with Japan, to continue to enrich and develop the mutually beneficial relationship.

Expressing appreciation for the continued assistance from Japan to Nigeria, through JICA in the power sector, the Minister of Power Works and Housing, represented by the Engr. Emmanuel Nosike, the Director (transmission) in the power Ministry, promised to properly utilize and maintain the projects. He commended efforts of the Federal Minister of Finance for successfully procuring grants and loans in an effort to ensure that issues and problems bothering electricity in Nigeria were solved, in line with attaining power self-sufficiency goal of the present administration. 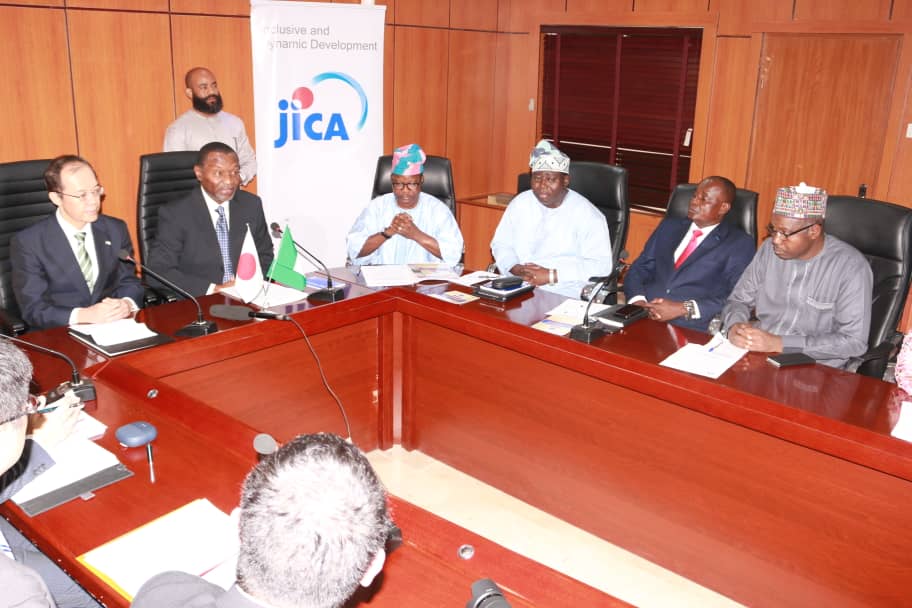 Speaking at the event, His Excellency the Ambassador of Japan to Nigeria, Mr. Yutaka Kikuta, explained that the economic position of Lagos State as the commercial and industrial center of Nigeria underlines the strategic importance of the project, which aims at strengthening power infrastructures which is key to improving quality of life of the people while prompting development of industries. According to him, this is important because stable power supply is one of the most important determinant factors both domestic and foreign investors consider when deciding whether or not to invest in the country.

IHe noted that the grant is approximately 2,349billion yen (21.085million USD) and would be applied to the upgrade and reinforcement of substations in Apapa, Lagos, to prevent voltage drop, reduce power loss and stabilize power supply to more than 223,000 people living in the area.

The Ambassador confirmed Japan’s commitment to assistingNigeria’s development through the power sector and expressed confidence that more projects like this will follow in the near future. Japan’s focus on the Power sector he said, is in line with its principles of the TICAD process towards African countries’ economic and social development.

Also addressing the forum, the Chief Representative of JICA Nigeria, Mr. Katsutoshi Komori said that Japan, had undertaken similar grant aid projects funded by JICA including a 60MVAR capacitor bank built in Apo Substation and 40MVAR capacity in Keffi Substation in Abuja. He said that the signing of this new grant agreement further demonstrates Japan’s commitment to Nigeria’s economic growth through improvement of power infrastructure.

According to him, the scope of the Lagos project includes the upgrade of 132kV/33kV switchgears and enhancement of transformer capacities in Apapa Road Substation and increasing wheeling capacity of Akangba Transmission Substation. The projects he said, will expectedly reduce the number of and power outage time in the area by at least 800 hours per year, consequently stimulating economic activities and improving the quality of lives of residents.