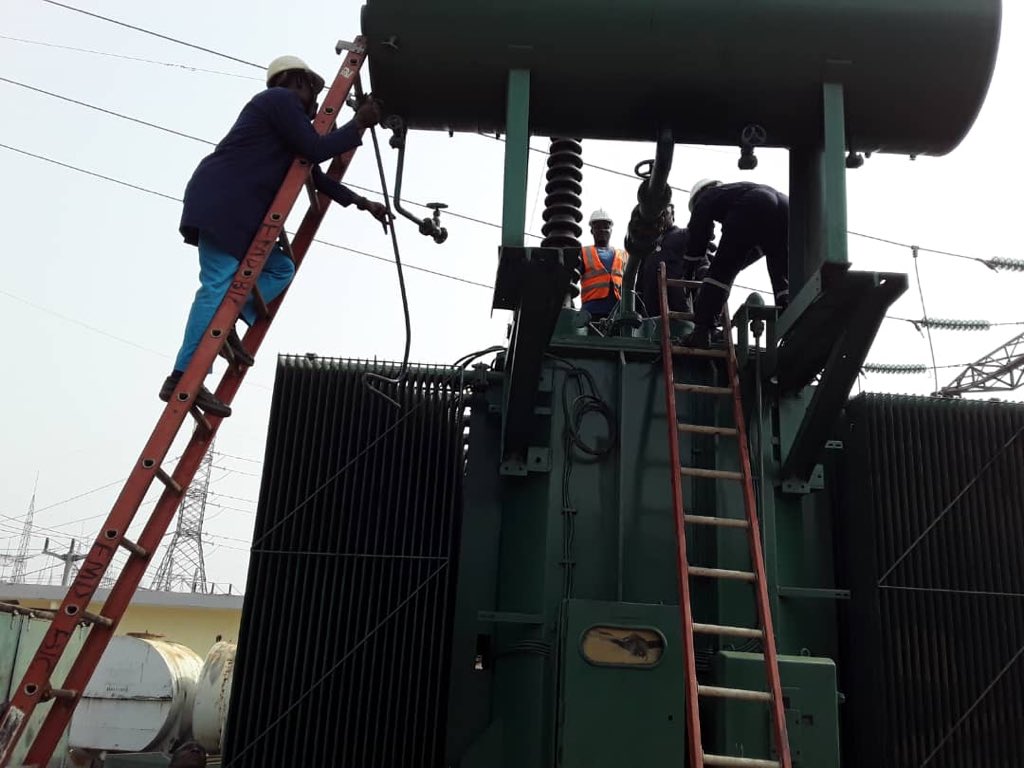 The Transmission Company of Nigeria (TCN) has said that it is presently backfeeding Kano disco feeders affected by the recent failure of one of its 150MVA 132/33kV power transformers in Kumbotso Transmission Substation from other available 2 x 150MVA transformers in the station to ensure consistent bulk electricity supply, while it effects repairs on the 150MVA 330/132kV power transformer which tripped earlier this year in the substation.

In a statement signed by the GM Public Affairs, Mrs. Ndidi Mbah, TCN said that on the 1st of January this year, one of its 150MVA transformers in Kumbutso substation tripped, causing TCN lose about 90MW on the Kano –Kankia – Katsina 132 kV line 1, which feeds Kankia, Katsina and Daura as well as the Kumbotso – Dakata 132 kV transmission lines, thereby affecting supply to Kankia,Katsina and Daura in Katsina State as well as Sabon Gari, Dakata, Bompai, Mariri and Gezawa in Kano State.

According to the statement, TCN had since isolated the faulty transformer and rearranged its bulk electricity load delivery to Kano Disco to ensure that customers fed from this transformer still receive electricity. Presently Dakata Substation feeds from Transformer T2A through Hadejia line while Kankia-Katsina and Daura now gets supply from Transformer T4A. Tamburawa Substation on the other hand now receives power supply through Kaduna-Zaria-Kano 132kV transmission line.

Meanwhile, TCN engineers have equally carried out intensive tests on the faulty transformer. The tests revealed that short circuit in the winding caused the tripping. Consequently, requisite parts for repair work were quickly procured and repair works have commenced in earnest to quickly bring the 150MVA power transformer back into circuit.

TCN noted that the Kumbotso Transmission Substation is one of the substations in which it plans to put in place N-1 capacity this year, noting that it has procured transformers, including 150MVA capacity, currently at the nation’s sea ports waiting to berth but for congestion at the ports. TCN further explained that it is working with the Ports Authority to fastrack the berthing and clearance of its transformers to enable it take two number 150MVA 330/132kV transformers to Kumbotso Substation as well as to other substations where the transformers are to be installed.

TCN apologized for inconveniences to the governor and good people of Kano State and pledged to quickly resolve the problem with the faulty transformer as well as make every effort to ensure that the new transformers are cleared and installed. The transformers once installed, would further increase total transmission capacity nationwide.