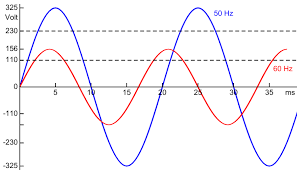 To ensure the entire region is synchronised into one, the Executive Board of WAPP obtained grant from the World Bank to support the effort. The Workshop which took place in Nigeria recently, is one of the series of such Workshops supported by the World Bank. The World Bank grant will also procure some specialised equipment to be installed in various international interface points.

According to the General Manager (Public Affairs) Mrs. Ndidi Mbah, a small taskforce was formed after the Workshop to drive the achievement of the synchronization effort. The team which comprise three engineers, all Nigerians are pioneering the effort with the support of Generation Companies.

Nigeria has comparative advantage in power generation in West Africa. However, the advantage cannot be optimised fully until power from the entire sub-region power is synchronised into one and necessary infrastructure constructed. In a related development, the Meeting of the Heads of States and Government of ECOWAS has approved the WAPP 2018 Transmission and Generation Master Plan. The WAPP 2018 Master Plan is expected to provide 330kV line from Nigeria to Senegal and will enable Grid connection between WAPP and Central Africa Power Pool on the one hand and North Africa Power Pool on the other hand The WAPP 2018 Master Plan includes, the Eastern Transmission Backbone which will put in place 330kV Double Circuit transmission lines and substations from Calabar-Ikom-Ogoja-Kashimbila-Jalingo-Yola-Hong-Biu-Damaturu-Potiskum-Azare-Dutse and terminate in Jogana (Kano). As part of WAPP priority, the Eastern backbone will attract more concessionary funding from multinational resources of donor agencies. The Median Transmission Backbone which comprise 330kV DC line from Shiroro-Zungeru-Kainji-Parakuo to Northern Ghana and finally end in Cote D’ ivoire is also part of the approved master plan.