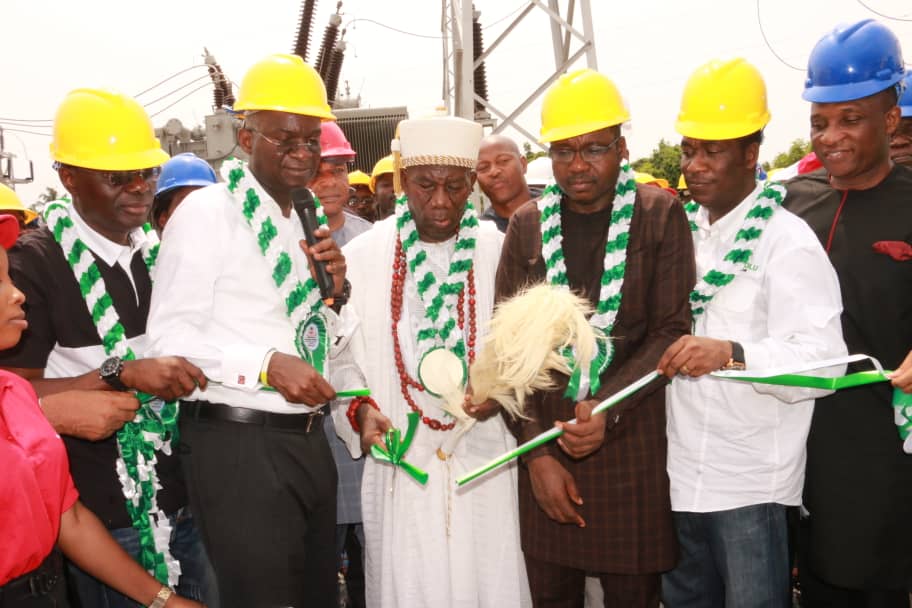 Speaking at the ceremony which took place on Thursday, 7th February 2019, the Minister said by connecting the Ilashe Island to the national grid, the present administration has delivered 24MW of electricity to Ilashe as well as other riverine communities such as Ibese, Ikare, Igbologun and Ilado Odo in Lagos State. According to him, “to connect electricity over the Lagoon to Ilashe Island, was handled entirely by TCN engineers, who also made efforts not to interfere with the natural navigation along its line route”.

According to him, considering the tourism potentials of the area, the provision of electricity will attract investment opportunities and at the same time accelerate economic growth which will be of immense benefit to the people.

Mr. Fashola called on the management of Eko Electricity Distribution Company to fast track installations that would enable it move available power in the new substation to its customers the area. “What we expect is reduced cost of doing business and less usage of generators on the islands which are under the franchise of Eko Distribution Company because we have introduced a transmission handshake” he said.

In his welcome address, the Managing Director and Chief Executive of TCN, Mr. Usman Gur Mohammed said the project was solely executed by TCN’s in-house engineers at the sum of 150 Million Naira which is far less than the over One Billion Naira requested by contractors.

He expressed appreciation to the people of Ilashe for donating the land on which the substation was built, stating that the location of the transmission substation project on Ilashe Island made it a unique one as it is the first transmission substation built on an island in Nigeria and more so by TCN’s in-house engineers. He noted that electricity supply on the island would definitely enhance the socio-economic wellbeing of the people

In his remarks, the traditional ruler of the area, the Onilashe of Ilasha Kingdom, Oba Abdulfatai Akinwumi Adisa, expressed appreciation to President Mohammadu Buhari, the Minister of Power Works and Housing and TCN for making the project reality.