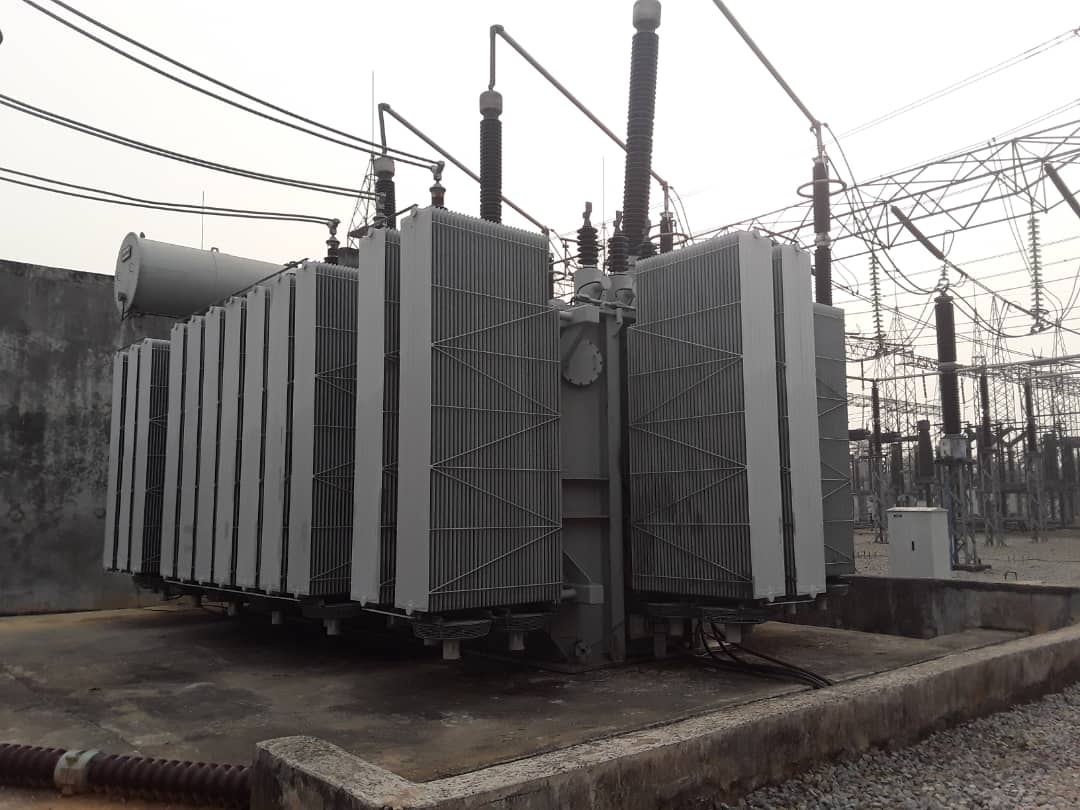 In a statement signed by the General Manager (Public Affairs), Mrs. Ndidi Mbah, TCN said that the brand new 300MVA power transformer, energized on February 12th, 2019 in its Alaoji Transmission Substation, has increased the station's installed capacity from 450MVA to 750MVA which makes it the biggest substation in the southern part of the country and has also made the station consistent with redundancy requirement of N-1.

TCN further stated that the following projects under construction will also benefit from the newly energized 300MVA transformer; 4No 132kV substations at Okigwe (Imo state), Mbalano, Ohafia and Arochukwu (Abia State) which are awaiting completion. The newly energized 300MVA transformer will also enhance evacuation of power generated into the 132kV grid network from the Alaoji NIPP and Afam Power Stations. The installation of the transformer was carried out by Messrs Power Control with active support of TCN engineers in Aba Sub-Region.

Meanwhile, the new 150MVA, 330/132/33kV power transformer arrived Kumbtso Transmission Substation Kano on the 15th of February, 2019, from Apapa Port in Lagos. Installation would commence immediately the transformer is placed on plinth.

According to the GM Public Affairs, the new transformer is an addition to the recently repaired 150MVA power transformer which got burnt five (5) years ago in Kumbotso Substation --- It is noteworthy that it is the first time a badly damaged150MVA was repaired in the history of Nigeria Power Sector. As soon as the installation of the new 1X150MVA transformer is complete, the capacity of Kumbotso will become 4X150MVA and will further improve bulk power supply for onward delivery to Dakata, Wudil and Dan Agundi in Kano, Dutse and Hadeja in Jigawa State, Azare in Bauchi State, Katsina, Kankia, and Daura in Katsina and finally to Maradi and Gazawa in Niger Republic respectively.

TCN reiterated its resolve to consistently contribute its quota in the power supply value chain by persistently upgrading and investing in the nation’s grid network in line with its carefully researched and documented Transmission Rehabilitation and Expansion Programme. The company further pledged to continue to work towards building a national grid that is comparable to any in the world.