The Transmission Company of Nigeria (TCN) hereby state that it has procured three (3) number reactors, which have been deployed to Ikot Ekpene, Jos and Apir Transmission Substations for installation. The reactors are to help correct the voltage problem along the 330kV Ikot Ekpene- Ugwuaji-Makurdi- Jos Transmission Line axis.

In a statement signed by the General Manager, (Public Affairs) Ndidi Mbah, TCN said that the 330kV line had been exposed to constant voltage instability up to 360kV at the Ikot Ekpene, Makurdi and Ugwaji end of the transmission line route, due mainly to lack of reactors. TCN procured three new reactors that would be installed in the Ikot Ekpene, Jos and Apir Substations and once they are commissioned, the reactors would serve to substantially stabilize high voltage along that transmission line route. Two of new reactors are already in Jos and Apir (Makurdi) substations, while the third one is on its way to Ikot-Ekpene.

TCN noted that the 330kV transmission line however has other design errors which includes lack of transposition of the 330kV lines and lack of fiber optic on the Ugwuaji –Makurdi part of the transmission line, which is necessary for effective SCADA operations. The company is however committed to attending to the problems in line with its Transmission Rehabilitation and Expansion Plan, to ensure that voltage issue on the 330kV line is permanently solved. 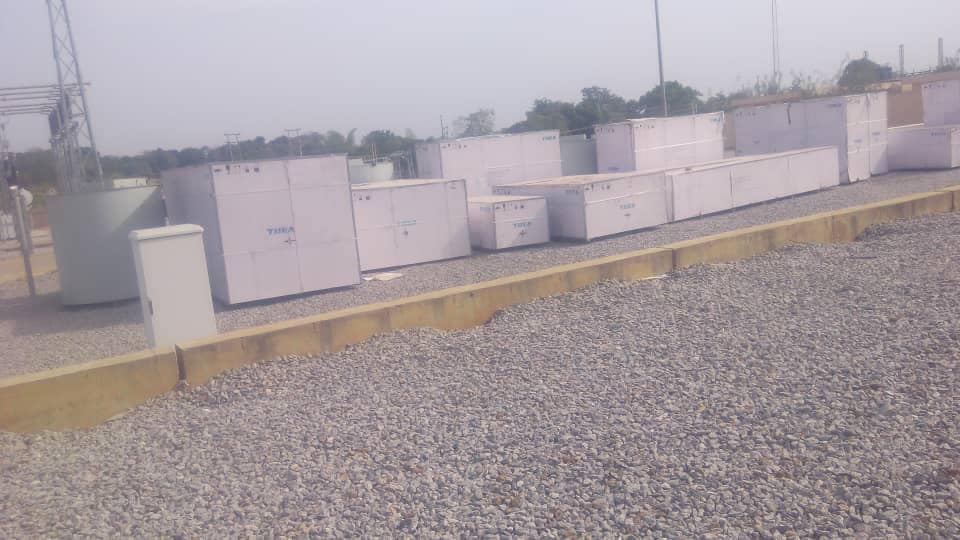 Last year, TCN engaged a contractor to produce a holistic mapping of its SCADA requirements nationwide, the report was subjected to an international workshop. TCN had since then progressed on its SCADA processes which once completed and implemented, would solve the fiber optic problem on the Ugwuaji – Makurdi axis of the 330kV Ikot Ekpene – Jos Transmission line. The transposition problem on the other hand is also being addressed.

It would be recalled that on Tuesday 12th September 2017, TCN lost a 150MVA 330/132/33kV power transformer in a fire incident in its Jos Transmission Substation. The incident TCN said, was caused by high voltage resulting from the design problems on 330kV Ikot Ekpene – Jos transmission line constructed over 15years ago.

TCN reiterated its commitment to expanding the nation’s grid and noted that having delivered the reactors to the three substations, it would ensure that the contractor commences installation immediately.