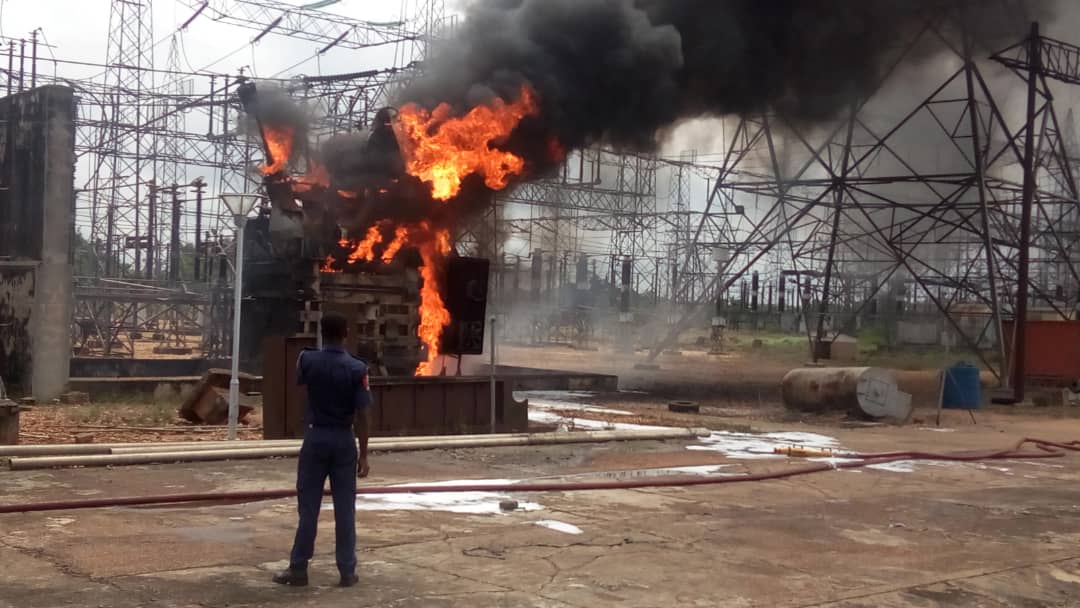 The Management of Transmission Company of Nigeria, TCN, has announced that the National Grid experienced a system collapse today at 9.10am due to high voltage following massive drop of load by the electricity distribution companies.

According to the release by the General Manager Public Affairs, Mrs Ndidi Mbah, the high voltage also caused a fire incident in the 75MXreactor in the Benin Substation, Sapele Road in Benin City, Edo State.

The massive load drop led to high voltage in the system, which shattered the lightning arrester in close proximity to the 75MX Reactor in Benin Substation. The shattered lightning arrester porcelain hit the reactor bushing causing further explosion on the reactor resulting in fire outbreak. Restoration of the Grid commenced immediately and as at 1.30pm, bulk power supply to most parts of the nation had been restored.

The Management of TCN commends the efforts and support of the Government of Edo State and Benin Electricity Distribution Company as well as the Fire Service in putting out the fire and restoring normal power supply. Meanwhile the Management has commenced the movement of another reactor to Benin City to replace the burnt reactor and ensure voltage stability in the City as well as prevent a re-occurrence.

Management would also ensure a review of the entire protection and earthing system nationwide. This is done in addition to the overall upgrading of the system through the TREP program being financed by multi-lateral donors.

The installation of 3no reactors on the Ikot- Ekpene- Ugwuaji –Jos line has reached an advance stage. It is expected that once these three reactors are installed and commissioned, the grid would be further stabilized.

TCN Management wishes to assure Nigerians that it is doing everything possible to modernize, upgrade and stabilize the National Grid.