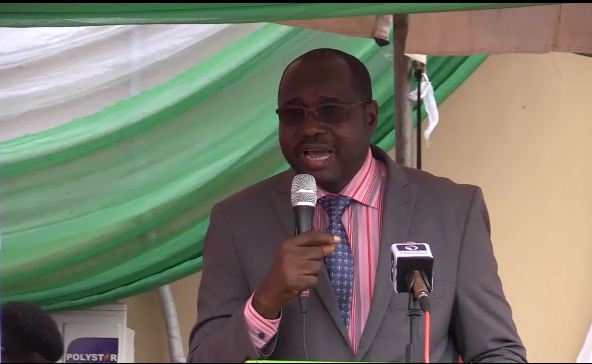 The Managing Director of the Transmission Company of Nigeria (TCN), Mr. U.G. Mohammed has said that only a fraction of the $1.661billion USD raised from multilateral financing agencies for investment in TCN has so far been invested in some of its projects. He noted that accessing the fund usually depend on the stage of project implementation and therefore impossible for TCN to invest all the fund at the same time, without adhering to due process as required by law and contracts agreement.

He explained that his administration has changed the way projects are being handled in TCN and that it was no longer business as usual, where funds for project implementation are drawn down arbitrarily, without ensuring that they were judiciously applied to projects they were meant for.

The MD of TCN made this known to the press at the site of the ongoing 2x60MVA Gagarawa Transmission Substation, Jigawa State, during a project inspection tour of transmission substations in Kano and Jigawa States recently. According to him, such fundamental processes preceding draw down of the funds, include scoping, feasibility studies, land acquisition/Right of Way, procurement stages like pre-qualification, tendering, contract award and kick off meetings among others. These take time procedurally and cannot take place at the same time. The TCN MD said that even if TCN had made full payment on any project, which it has not, it would take between three to five years for the transmission projects to be completed.

The Reinforcement of High Voltage Transmission Ring Around Abuja - Abuja Feeding Scheme comprises 6 lots, with a project cost of $170Million the contract he said, become effective as at April 2019, with the official ground breaking ceremony to signify the kickoff of the project held in Dawaki, Abuja on the 11th of April, 2019. The project which should take about 3years to complete would be paid in tranches, in line with the contract agreements. The Abuja project is aimed at adding two (2) number 330kV substations, three (3) number 132kV substations and an additional 143KM 330kV transmission line from Lafia Substation to the proposed New Apo 330kV substation, bringing to three the sources of power supply into Abuja Metropolis.

Advance payment has been made, sites hand- over (or official ground breaking ceremony) has been done, the subcontractor for geotechnical works has also been approved while the review and approval of preliminary design drawings/documents is in progress.

Advance Payment has been made for Lots 3&4 projects and sites handed over to the contractor while the review and approval of preliminary design drawings/documents are ongoing.

For Lots 5&6, the advance payment has equally been made and sites handed over to contractors, the subcontractor of underground cable route from Wumba to New Apo Substation has also been approved even as the review and approval of preliminary design drawings/documents are already in progress.

The Nigeria Electricity Transmission Project (NETAP) seeks to redress certain deficiencies and operational constraints of the Nigerian Power Transmission System, to allow for efficient dispatch and transmission of power in the National Grid through additional transformer capacity. In particular, it will complement efforts underway for both emergency and long-term measures now being taken to increase generation. The project is financed by World Bank and its worth USD 486Million.

Pre-qualification of the Northern Corridor project is almost completed, the project is funded by AFD. The project will cover the closing of loop between Sokoto to Kaura Namoda and Katsina, Environmental Impact Assessment (EIA) for this project as well as verification for compensation for the right of way are on-going. The project loan is USD 300Million.

The Lagos/Ogun transmission project worth USD 238Million is financed by JICA. The project design, EIA studies, technical studies and resettlement action plan and compensation have been concluded, compensation request has been forwarded to BPP for due diligence and is expected to be concluded by the third quarter of the year.

The MD further noted that the Lagos/Ogun transmission project is significant because this is the first time five substations of 330kV capacity would be built almost at the same time in Lagos/Ogun axis.

TCN is determined to continue to pursue its grid expansion drive and would do all it should to ensure quality project delivery in a timely manner.