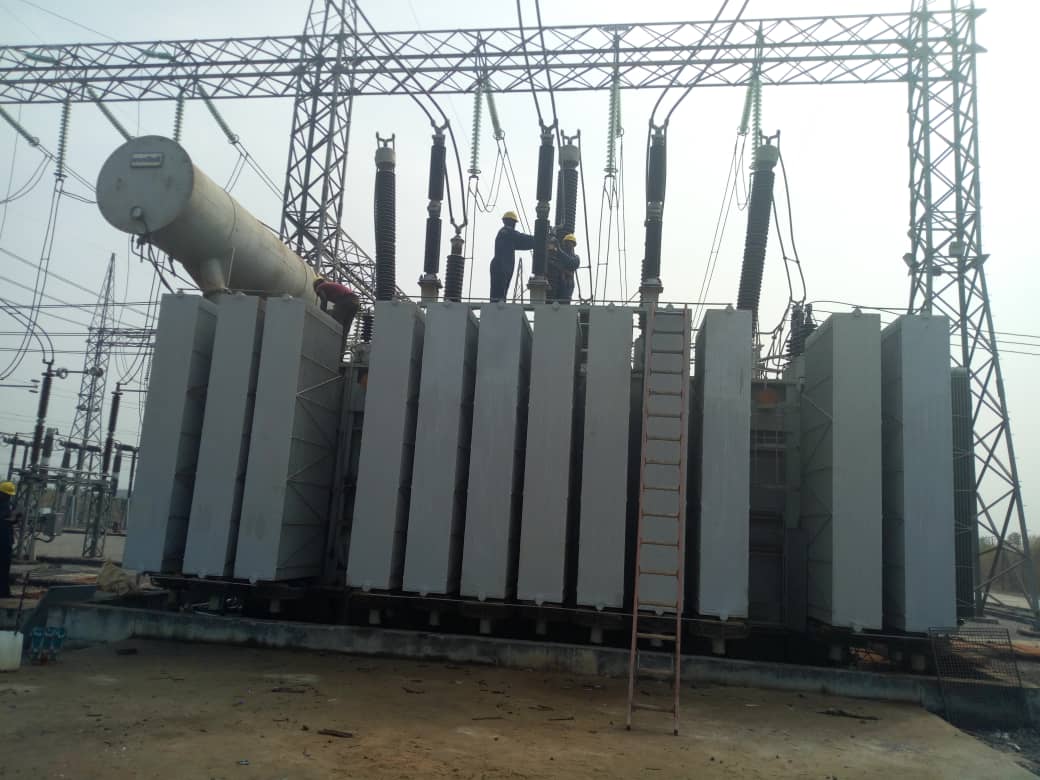 The Transmission Company of Nigeria (TCN) has for the third time this month, successfully completed the installation and commissioning of yet another power transformer, this time in its Asaba Transmission Substation, Delta State, on the 10th of January, 2020.

The new Asaba 300MVA 330/132/33kV capacity power transformer replaces a disused 150MVA 330/132/33kV Siemens brand transformer, commissioned by NIPP on the 15th of February, 2015. From 2015 to 3rd September, 2019, the 150MVA transformer tripped on two major faults, necessitating the invitation of experts on two occasions by Akay Nig. Ltd (NIPP Contractor) to effect repairs before restoration. Another 150MVA Siemens brand transformer was brought into the substation in 2016 and put on plinth, but was also discovered to be faulty. The contractor then moved the transformer to GTI Workshop in Ikorodu, Lagos for repairs.

With the commissioning of the new 300MVA power transformer however, TCN now has available 240MW bulk electricity available in Asaba TS, that would enable Benin Electricity Distribution Company (BEDC) distribute more stable and longer hours of electricity to its customers in Asaba Metropolis, Ogwashiukwu, Ibuzor, Agbor, and other towns in Delta North Senatorial Zone.

Meanwhile, TCN already has in place plans to utilize the extra plinth for an additional 150MVA power transformer in the substation as it plans to further expand the capacity of the substation in line with its Transmission Rehabilitation and Expansion Program (TREP).

TCN hereby restates its resolve to continue to implement the incremental power policy of the Federal Government by consistently investing in capacity expansion initiatives, evidenced by several completed and ongoing projects in the transmission network nationwide.