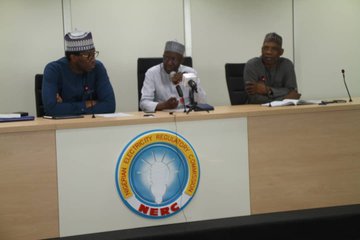 TCN has made a case at NERC’s public hearing, for the Review of Ancillary Service Charge from the present rate of N0.56/Kwh to N0.75/Kwh to enable it procure 260MW Secondary Reserve including black-start for grid security, stability and reliability in the Nigerian Electricity Supply Industry (NESI).

The Market Operator, Engr. Edmund Eje justified the need for the review of Ancillary Service Charge during a presentation on behalf of TCN at the Public Hearing on Extraordinary Tariff For Ancilliary Services, organized by NERC, on Monday, 16th March, 2020, at NERC headquarters, Abuja.

Engr. Eje stated that the provision of adequate tariff for Ancillary Service will enable the Nigerian Electricity Market (NEM) achieve system security, safety and reliability, reduce the risk of system collapse, make restoration of supply easy while at the same time mitigate damages to generation turbine blades. He noted that the review would be beneficial as it would reduce outage hours for distribution, transmission and generating equipment, ensure the integrity of NEM, ensure that the Discos serve their customers more reliably as well as enhance market liquidity and power quality.

According to him, in line with the Grid Code, it is the role of the System Operator (SO) to control the grid. The SO is mandated to harmonize, coordinate and optimize effective operation of the grid to maintain stability, safety and reliability even as it carries out security constrained economic dispatch.

He explained that ancillary services are employed by the System Operator to smoothen grid operation by providing Voltage Regulation, Black –Start and Operating Reserve which comprise the Primary and Secondary Reserves.

Engr. Eje noted that the Primary Reserve is represented by the Free Governor Mode of Operation which is mandatory for Generators connected to the grid. It is a Grid Code compliance requirement that all on-grid generators provide the Primary Reserve by synchronizing with the automatic load ramp down according to their capacities. The Primary Reserve, he said, is not paid for unlike the Secondary Reserve. 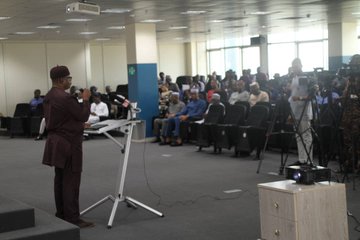 He further explained that the Secondary Reserve, which is the Spinning Reserve, comes into play when Power Demand is higher than supply during contingency situations. It is a supply that is paid for by the market. Any generator with the capability is engaged through a Spinning Reserve Purchase Agreement.

In further advancing the justification for the review, Engr. Eje said that the only ancillary service presently being paid for by the Market Operator is for Black – Start since 2015. He explained that if approved by the Regulator, the provision of the procured Spinning Reserve would be reviewed every six months, taking into consideration the progress it has made in power grid stability.

Speaking also in support of the review of Ancillary Services Charge, the Managing Director and Chief Executive Officer of TCN, Mr Usman Gur Mohammed said the request for the provision of Spinning Reserve on the national power grid was to complement the Primary Reserve for an improved system stability.

Mr. Mohammed assured stakeholders that TCN will adequately deploy the Spinning Reserve for the overall success of the Nation's grid as soon as NERC grants approval. Generating companies, he noted, have not been willing to provide this service because the task was not incentivised.

The Chairman of the three-man Tariff Review Panel and the Vice Chairman of NERC, Engineer Sanusi Garba said the hearing was to allow stakeholders understand the justification for providing the Spinning Reserve, noting that the Commission will take a decision on the presentation by the Market Operator.