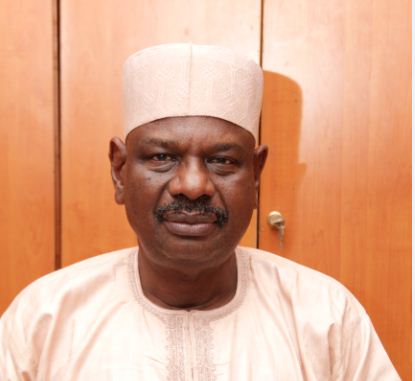 Various stakeholders have congratulated Engineer Sule Ahmed Abdulaziz, on his recent appointment as the new acting Managing Director and Chief Executive Officer of the Transmission Company of Nigeria (TCN).

Engr. Abdulaziz recently received his appointment letter with effect from May 19, 2020. His top management team comprising four Executive Directors also got their appointment letters, furthering the reorganization process being pursued by the Minister of Power, Engr. Sale Mamman.

Among the stakeholders is the African Development Bank (AfDB) Group, who through a letter of congratulations dated June 12, 2020 from its Nigeria Country Department, extended a congratulatory message to Engr. Abdulaziz.

AfDB also indicated that it is looking forward to engaging with the MD/CEO to make progress with the Nigerian Transmission Expansion Project (NTEP-1) under the Transmission Rehabilitation and Expansion Programme (TREP), and support any other project that will improve power transmission in Nigeria.

NAOC’s congratulatory message was conveyed through a letter dated June 8, 2020 and signed by the Vice Chairman/MD of Agip. The company congratulated Engr. Abdulaziz on his appointment as the acting MD/CEO of TCN, noting that the appointment is a demonstration of trust and confidence reposed in his ability to reposition the organization for efficient service delivery.

The Plateau State Government has also extended its congratulations to the new TCN head. This was conveyed in a letter from the Executive Governor, Plateau State and Chairman, Northern Governors’ Forum, Dr Simon Bako Lalong.

In the letter dated June 3, 2020, Governor Lalong assured the new acting MD/CEO of TCN of his support and collaboration. He further expressed confidence that the new MD would give his best in working to solve the power transmission challenge in Nigeria, as well as assisting President Muhammadu Buhari to leave a legacy of resolving the age-long energy challenge.

The Nasarawa State Government on June 10, 2020, on its part sent a top-level delegation on a courtesy visit to the acting MD/CEO of TCN and his management team. The leader of the delegation and General Manager, Nasarawa State Electric Power Agency (NAEPA), Engr. Abubakar Danjuma Ango, who represented the State Governor, Engr. Abdullahi Sule, said they were in TCN to congratulate the new acting MD and to solicit support for the completion of all ongoing power transmission projects in the state.

Engr. Abdulaziz assured that TCN would look into their requests, adding that TCN would continue work on the 60km Double-Circuit Akwanga-Lafia 132/33kV transmission line in the state.