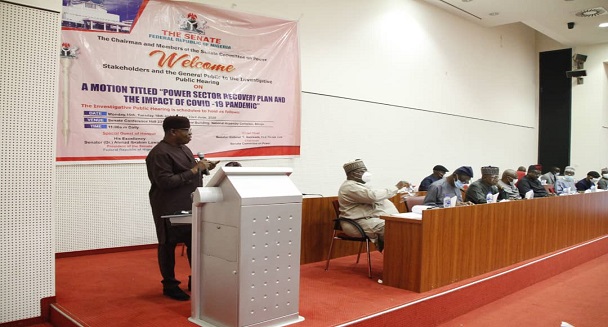 Indiscipline and non- compliance to the Market Rules has been identified as some of the reasons Nigeria Electricity Market still depend on government for intervention to survive due to liquidity challenges despite the privatization of the sector since 2013.

The Market Operator, Engr. Edmund Eje, made this known during a presentation at the public hearing titled “ Power Sector Recovering Plan and Impact of COVID -19 Pandemic” organized by the Senate Committee on Power on Tuesday, 23rd June 2020, at the National Assembly, Abuja.

Engr, Eje, noted that since 2013, when the private investors took over the assets of the defunct Power Holding Company of Nigeria (PHCN) and signed Performance Agreements with respect to a number of key performance indices, the sector has not witnessed any improvement, rather, there has been tales of blame game to the detriment of Nigerians and the economy.

According to him, prior to the declaration of Transitional Electricity Market (TEM) in 2015, two pre-conditions that gave Market Participants (MP) including GENCOs, DISCOs and Service Providers very high level of confidence were that the market would be able to fund and sustain itself with the activation of the Market Participant Agreement and Bank Guarantee (BG) as Payment Assurance.

Engr. Eje however disclosed that poor performance of the Nigerian Electricity Market set in when Discos failed to comply with the rule respecting the Bank Guarantee which would have served as the pivot upon which the market growth, stability and sustainability would rely. He equally identified Special Load Management by Discos which reduces monthly invoice value, this he said, translates to low revenue for Gencos and Service Providers. Also, grid instability and system failure sequel to low load demand, or Discos load management were other factors militating market growth and sustainability.

He said “the Escrow system which should have provided the much needed transparency in view of the fact that the collected revenue is a trust fund, was disorganized. The monthly invoice payment fell below 30% and the revenue Gap in the Market continues to widen”

The Market Operator equally noted that the inability of the Nigeria Bulk Electricity Trader (NBET) to persuade the Discos to improve on their invoice payment encourages poor performance while persuading the Federal Government to subsidize inefficiency through intervention, despite the fact that a whooping sum of N1.5 trillion has already been injected into the Electricity Market without a commensurate impact. 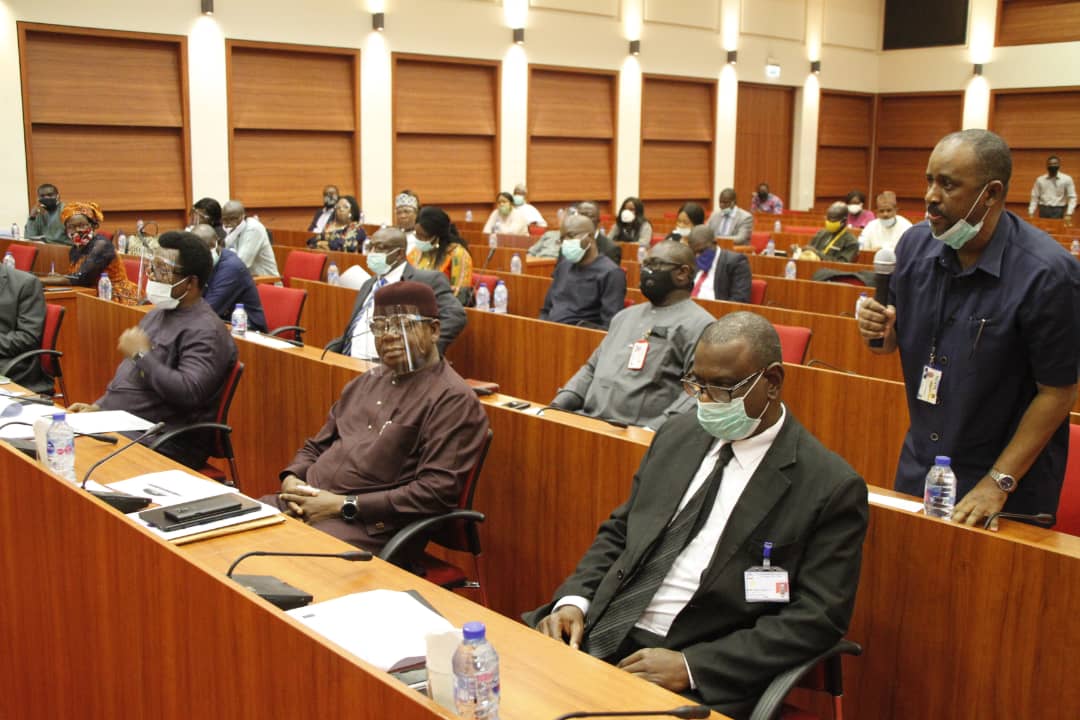 He therefore posited that more stringent measures should be taken to rescue the market from collapse, such as strict compliance to the Market Rules by Participants, stoppage of periodic intervention by government, granting of Cost-Reflective Tariff to Discos based on performance, expulsion of any Participants, from the Market on account of poor performance. Other measures includes sanctioning of erring participants and suspension of any new Power Purchase Agreement (PPA) into the market by the Federal Government.

Meanwhile, stakeholders in the Power Sector have called for the immediate separation of Market Operator and Independent System Operation from Transmission Company of Nigeria (TCN) to enhance the transparency of the MO and to build confidence among Market Participants.

This position was made known by the Chairman of Nigerian Electricity Regulatory Commission (NERC), Professor James Momoh and representatives of Discos and Gencos during the public hearing.

According to him, plans have been concluded to commence public hearing on the unbundling of TCN into Transmission Service Provider (TSP) and Independent System Operation (ISO), with the view to ensuring a more independent administration of the Electricity Market devoid of bias.

In his closing remarks, the Chairman of the Senate Committee on Power, Senator Gabriel Suswam noted that the public hearing was an opportunity to galvanize stakeholders towards finding lasting solution to Nigeria’s electricity challenges.

He further noted that efforts would be geared towards aligning players in the value chain to achieve efficiency in the power sector, saying that all recommendations would be forwarded to the executive arm of the government for consideration and implementation.