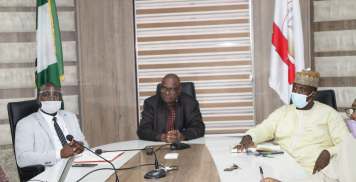 The Power Africa-Nigeria’s Power Sector Program (PA-NPSP), under the auspices of the United States Agency for International Development (USAID) have pledged their commitment to support capacity building in Transmission Company of Nigeria (TCN) on Project Management and other training modules.

The Chief Party for PA-NPSP, Mrs. Mary Worzala made the pledge during a virtual meeting with the new Acting Managing Director and Chief Executive Officer of TCN, Engr. Sule A. Abdulaziz on Tuesday, 14th July 2020.

According to her, the agency was already working on a plan for project management training, and urged TCN management to liaise with their team on the training modules that would best fit the need of the company. She also assured that they would render the needed assistance to further strengthen the capacity of the company.

The PA-NPSP, USAID team highlighted four key achievement of the agency in nation’s power sector to include; Energy resources for private sector investment in gas supply, power generation, transmission and distribution. They also collaborate with World Bank, DFID and AfDB to fund projects and are looking forward to supporting the Federal Government of Nigeria and other stakeholders in ensuring power sector planning and coordination.

Responding, the Ag. MD/CEO TCN, Engr. Sule A. Abdulaziz, expressed appreciation to the agency for the continued support to TCN and assured that TCN will continue to synergize with them on capacity development. 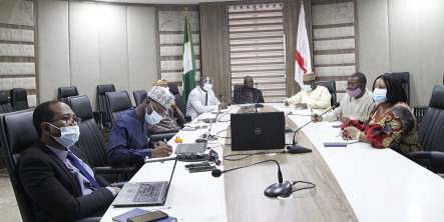 Lagos has signed a power deal with USAID to improve electricity supply to millions of its residents and businesses within the state. The agreement will position the state to effectively launch the Lagos Integrated Resource Plan (IRP), under the Power Africa-Nigeria’s Power Sector Programme initiative (PA-NPSP).

At the virtual signing of the letter of agreement between the state government and the United States’ agency on Tuesday 14th July 2020, the Governor, Babajide Sanwo-Olu, said there was no better place to start the journey towards improving access to electricity in sub-Saharan Africa than in Nigeria.

He noted that “the integrated resource plan is a priority initiative for Lagos State government as it underpins our power reform strategy to ensure access to reliable and affordable electricity to residents becomes a reality”.

The governor expressed gratitude for the PA-NPSP initiative and commended domestic stakeholders for their collective resolve to ensure that the Lagos IRP becomes a reality.

In his remarks, USAID’s Mission Director, Mr. Stephen Haykin, said Power Africa recognizes the importance of reliable electricity supply to Nigeria’s present and future development. The initiative, he said, will serve as a critical planning process to meet consumers’ needs for electricity services in a way that satisfies multiple objectives.

Also speaking at the signing ceremony, Mr. Tunde Gbajumo, Deputy Chief of Party for PA-NPSP, emphasized the importance of collaborating with relevant stakeholders such as gas suppliers, generation companies, Eko and Ikeja distribution companies, the Transmission Company of Nigeria, Rural Electrification Agency and the Federal Government of Nigeria to develop sustainable solutions.