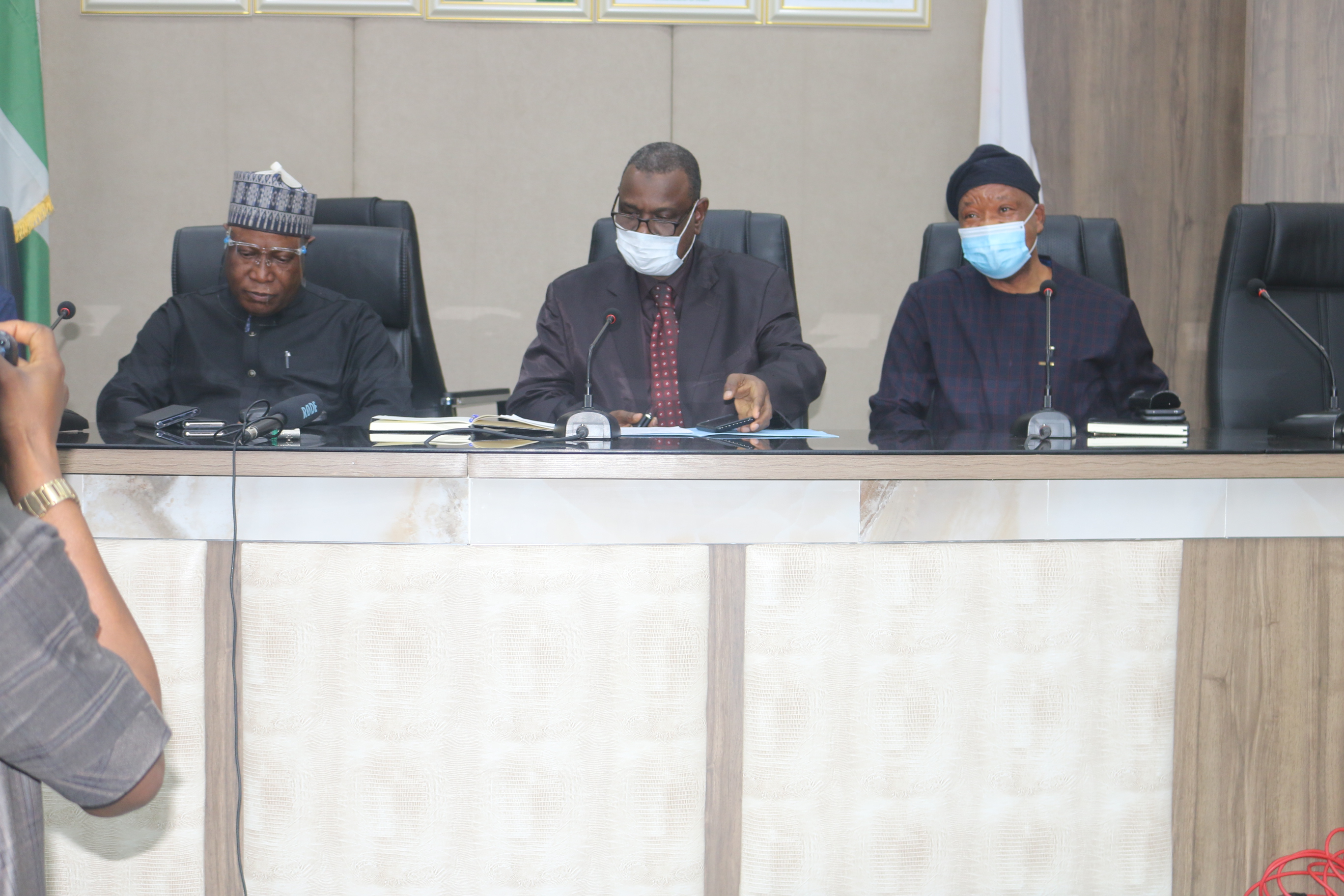 Engr. Abdulaziz who made this disclosure during a town hall meeting with staff at TCN’s Corporate Headquarters in Abuja, on Tuesday, 8th September 2020, said that management had begun a reform of the system, with emphasis on issues that would promote bulk power delivery such as timely projects execution, effective maintenance and staff welfare, among others.

Speaking on his achievements three months after assumption of office, the Ag. MD/CEO said that the highest generated peak of 5,420.30MW was seamlessly transmitted through the transmission network on Tuesday, 19th August, 2020. This, he said, was made possible by staff cooperation, and encouraged them to keeping giving their best while emphasizing the need to quickly bring issues that will negatively impact the company to Management's attention.

He informed that the new management has completed some abandoned on-going projects such as the Gagarawa 2X60MVA, 132/33kV Substation, in Jigawa State,1X100MVA Transformer at Ogba TS, Lagos State and the 132/33KV 60MVA Transformer at Rumuosi T/S, in Port Harcourt, Rivers State among others.

For more seamless service delivery, the Ag. MD/CEO said that two (2) new Work Centres at Katsina and Jalingo were created, while Gwagwalada Work Centre was also upgraded to Sub-Region status.

Other achievements Engr. Abdulaziz noted, includes harnessing other sources of revenue from 3rd Party use of TCN Assets. TCN, he informed, is also enjoying a more cordial relationship with distribution and generation companies, attributing the new peak to the mutual working relationship.

While welcoming the Acting MD/CEO, a representative of the National Union of Electricity Employees (NUEE), Comrade Monday Johnson commended him for all he had achieved in a few months and listed a number of issues which he described ”as salient that had long been neglected” and called on Management to look into them urgently.

The Executive Director, Human Resources and Corporate Services, Bar. Justin Dodo, appreciated staff for their cooperation so far and assured them that all issues raised will receive due consideration as management is exploring new innovations that would be beneficial to all staff.