The Transmission Company of Nigeria (TCN) has organized a six weeks sensitization program to train its system operators nationwide on Service Level Agreement (SLA), aimed at adequate and reliable service delivery between TCN and Discos.

Speaking at the programme, the Executive Director, Independent System Operation (ISO), Engr Mamman Lawal, who was represented by the program coordinator and Assistant General Manager (Regulation Control and Market Development (RC & MD) Mr. Ali Bukar Ahmad, stated that the sensitization training is basically to outline in specific terms the obligations, rules of NESI and penalties for non-compliance with the market and grid codes.

The SLA, he continued, will serve as a guide to ensure that TCN and the distribution companies discharge their responsibilities with regards to interface issues, strictly in accordance with the product rules and other ruling documents such as the Grid Code, Market Rules, Metering Code, etc. According to him, the contents of the SLA are not strange as they are actually extracts from the Grid Code and Market Rules brought together under one document to stimulate strict compliance for optimum service delivery. 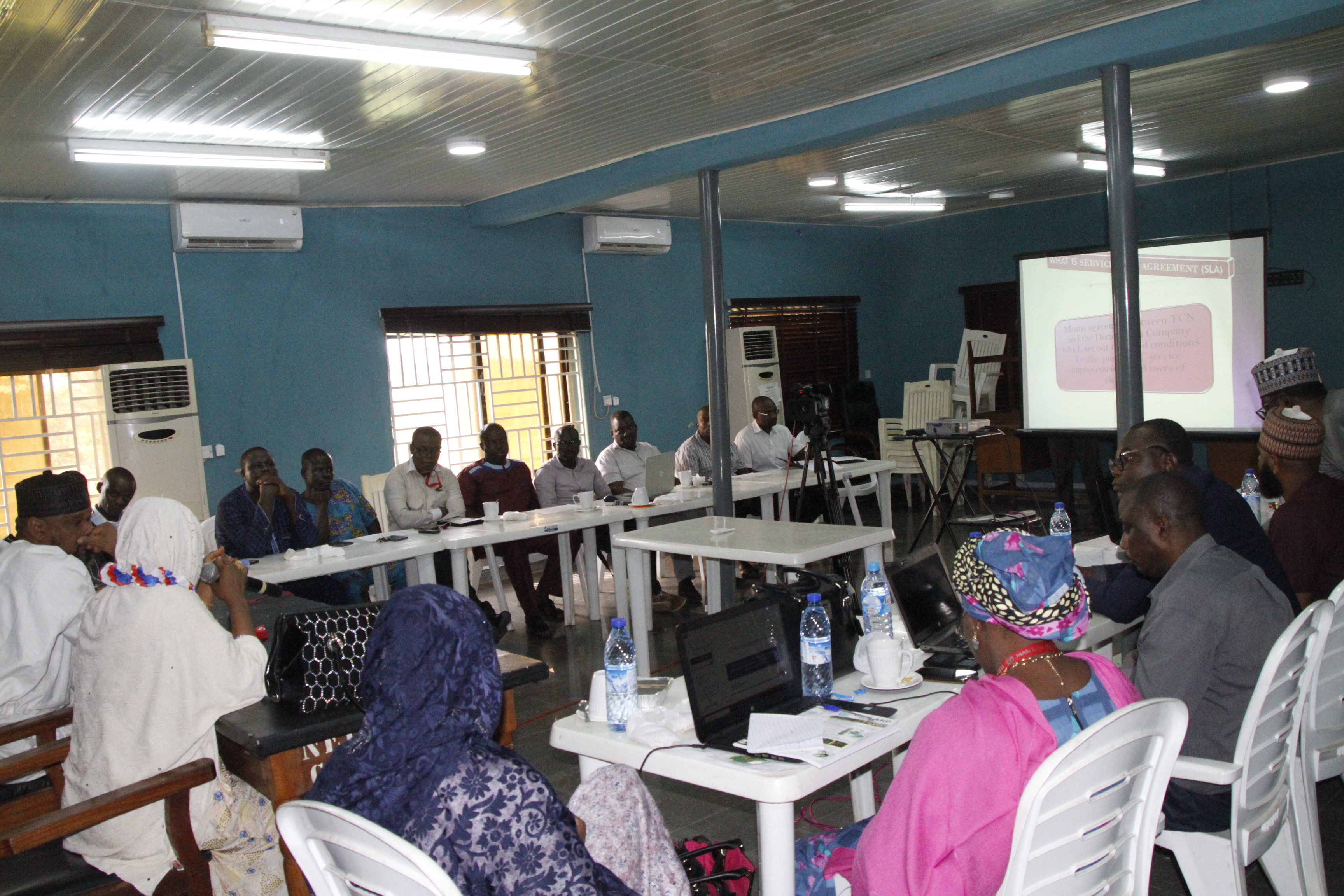 He said that the workshop is crucial for all system operators, and indeed for all staff of TCN, as the company interfaces with the eleven (11) DISCOs in their respective franchise areas all over the country. Knowledge of the dos and don’ts of the product rules will help staff to avoid acts that would expose TCN to payment of heavy penalties or damages to distribution companies in the case of any default on the part of TCN.

Mr. Bukar said that a clear understanding of, and implementation of their stipulated responsibilities by both TCN and the DISCOs will engender changes in their attitude towards such issues as outages, schedules, maintenance of facilities, and invariably in the quality of power supply to end users. He opined that a cost reflective tariff will improve overall performance of players in the power industry.

One of the facilitators of the program and a Principal Manager (RC & MD), Hajiah Khadijah Mohammed, on her part, said that the sensitization training would help prevent revenue leakages, and improve Market Liquidity. TCN and Discos, she said, must be ready to take responsibility and play their roles in ensuring a more efficient and improved service delivery in the power industry.

She stated that the sensitization program is meant to educate, enhance and equip all supervising system operators in Lagos on TCN’s obligations on the service level agreement between TCN and Discos for better service delivery of electricity to Nigerians. This sensitization programme she said, is being replicated in other regions of ISO.